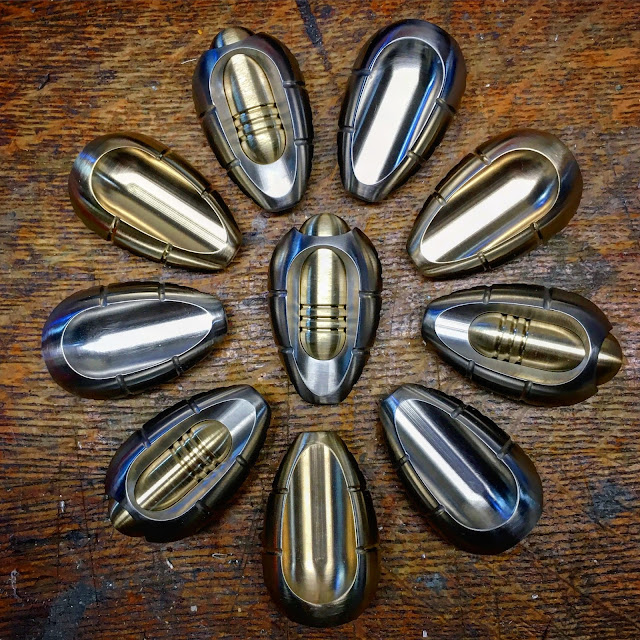 I thought it was about time I get an official blog post up about this project, as this piece has been out in the world for many weeks, and is one of the most popular things I have ever done. 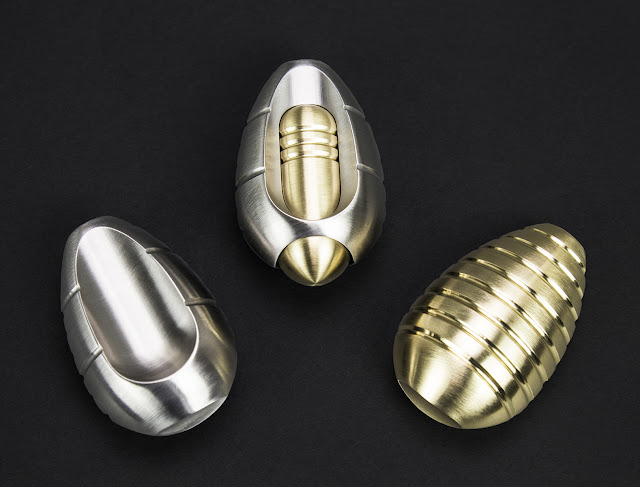 Originally conceived of as a piece of pocket art, this little triptych was designed at the suggestion of two friends of mine. There were three versions. Two of them were solid one-piece works in bronze and stainless steel. These two were intended to serve as more traditional worry-stone type works, pieces that you could hold and contemplate, but were static. 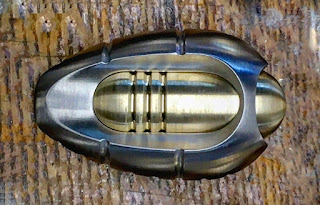 The third design was a kinetic piece (one of my first actually). It was made out of Stainless steel with a simple bronze insert that moved. This design was by far the more popular of the bunch, and has been so well received, that I am at quite a loss for how to properly react.

Although I never properly named this project (there just wasn't time), it has taken on quite a few nicknames in just a few short weeks.

The "Slider" is the most common nickname, based upon its simple and intentionally trivial function. The little bronze piston literally slides in and out, creating a satisfying clicking sound created by a spring and ball bearing running in what I am now informed by the knife maker community is called a "detent" 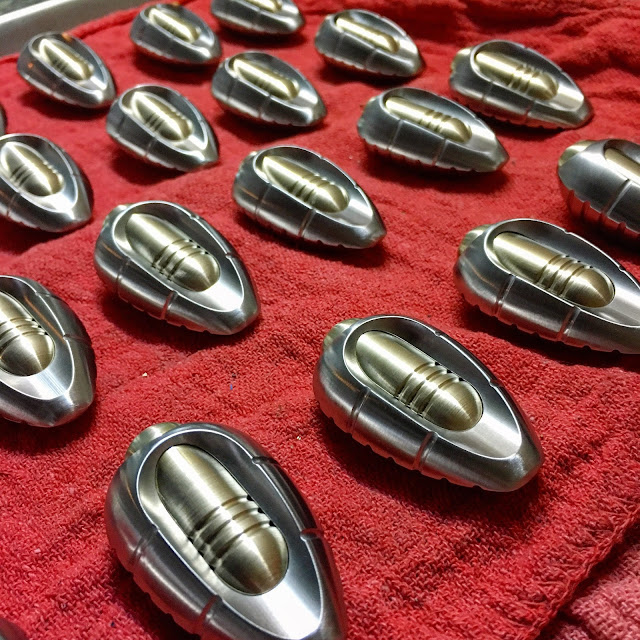 Under normal circumstances, I am quite satisfied with the idea that all of my works are "one of a kind". Once the design or idea is out in the world, I usually feel that is enough, and one is enough. 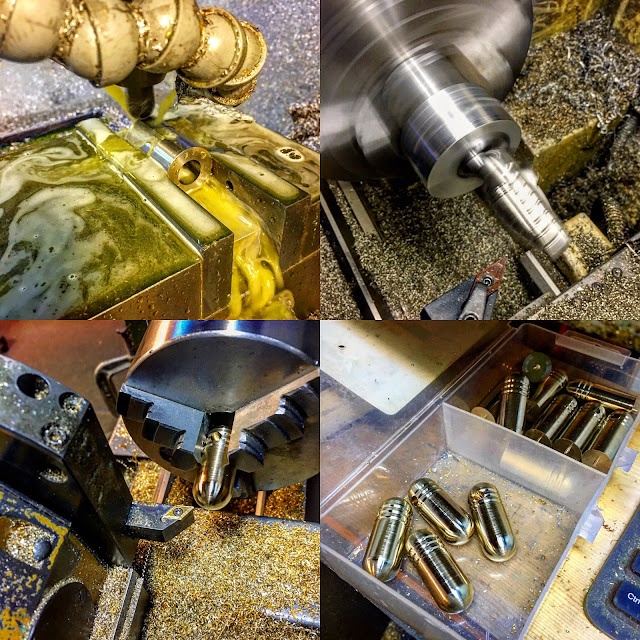 But I must admit the idea for this work was, and is, a little different.

In addition to making a small piece of art that was just a joy to hold and contemplate, my secondary intention for this work was to see if maybe I could use it to reach out to the maker community, as well as the various machinist communities I have come to know and respect, but maybe do not feel entirely a part of. 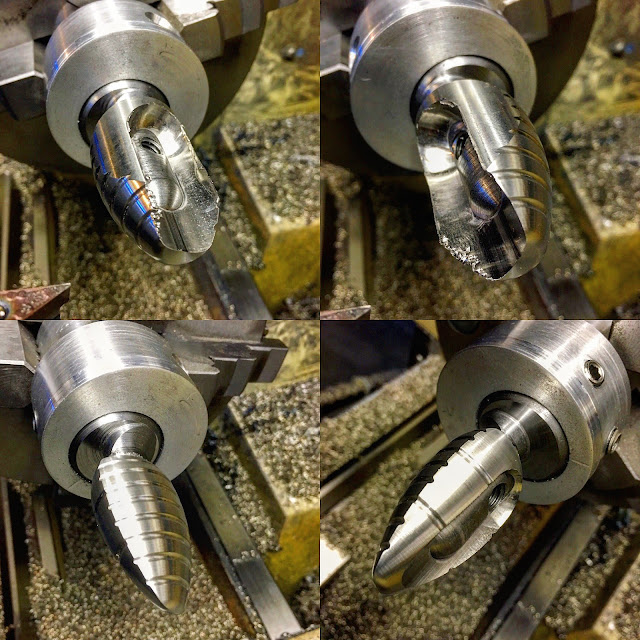 As a person who comes at machine work purely from a fine art perspective, I wanted to attempt to bridge the gap a little between the idea of making craft objects such as knives, rings, tops, tactical gear etc, and the idea of making art objects for their own sake.

One of my goals with all of my work is to try and move the needle for a few of the makers and metal crafts people I have come to admire. People who are doing some amazing things with aesthetics in their given vocations, and maybe just raise the idea that there is fine-art in what they are doing with machine tools within their trade, and maybe encourage others to turn their talents to the arts, and to sculpture.

Not because what they are doing is not already amazing, but just because...."art". (make sense?) 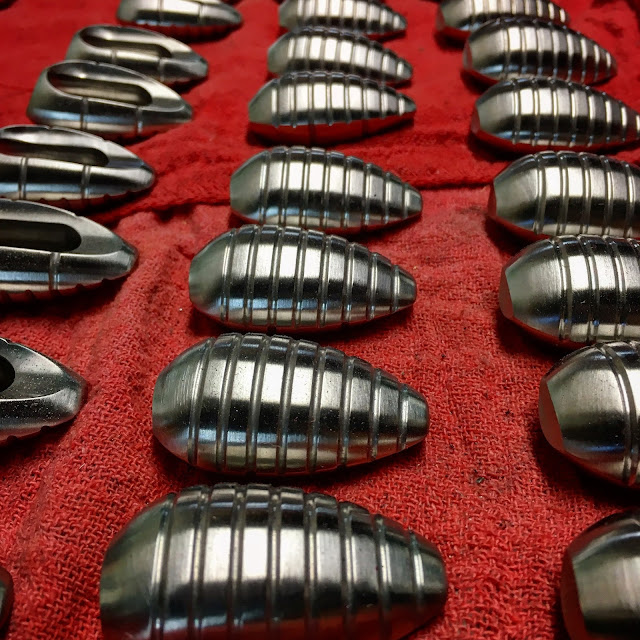 I think in this instance, the best way to achieve that goal, may not be with one singular large work that people see or visit, but can never own because it is too expensive or someone else has already claimed it.

I think it better in this instance to have many little works, a swarm of little ambassadors such as this....also,  I just can't bare to disappoint so many people who want one, so the pressure to make more is very real.

I am sure that all may sound a little pretentious or self serving, but I assure you I am sincere, so do with that what you must. 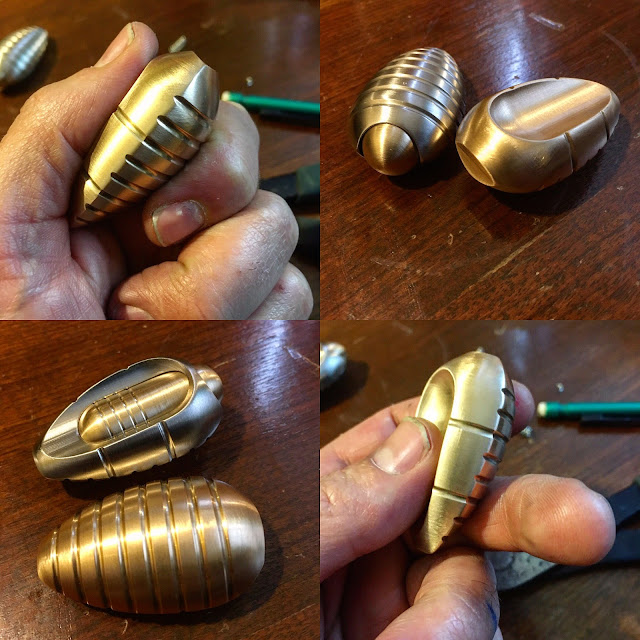 So, for those of you who have not had the opportunity to secure one of these little guys, but who remain interested in doing so, I can only say that I am trying to figure out how to balance the demand for this object with my other obligations.

I would like to see this project continue to grow, as I think it is an ideal piece to bridge the worlds of sculpture, the maker community, other machinist craft communities, and beyond. It seems to resonate across a wide range of people, so I am committed to seeing what I can do to get more of them into circulation.

I also intend to release a new design of this nature very soon. So if you are not on my mailing list, please sign up, as more news will be coming. 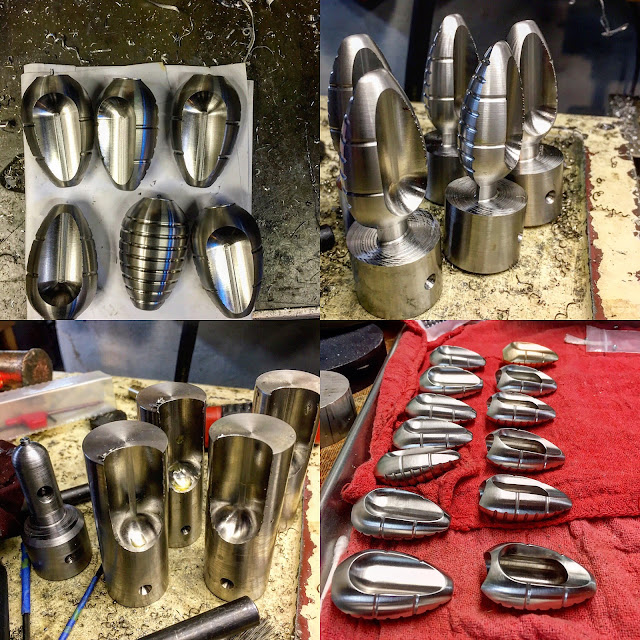 Now with that all said, preparing for upcoming exhibitions and making new work must still come first ,so I have had to suspend ordering temporarily. But know that I am working to squeeze in time to make more, they are actually quite fun to make, so I do not mind provided I have the time. 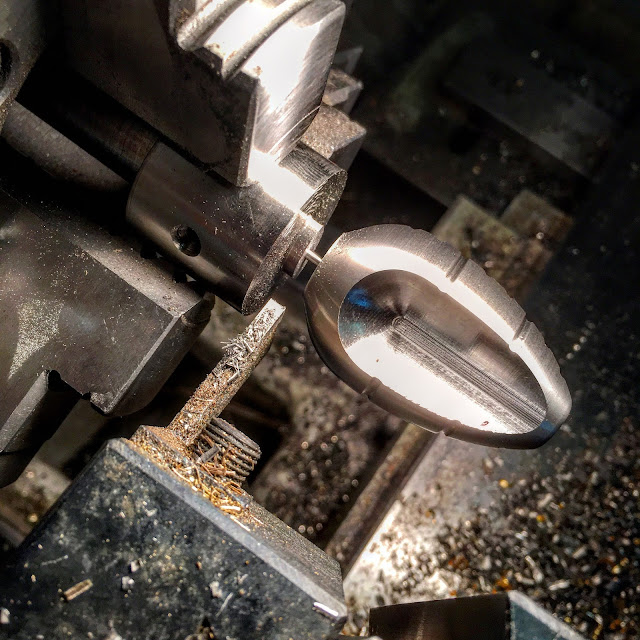 For now, I am content that there are so many of these little works circling the globe, acting as representatives for my work as well as the idea that machining as a vocation, when turned to the arts, can produce something that resonates around the world. 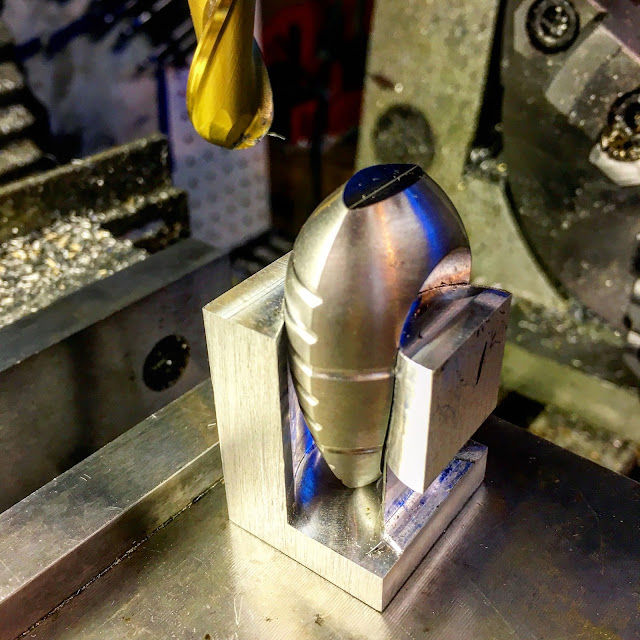 I will send out updates if and when ordering re-opens, so please be patient with me. Your interest has not gone un-noticed and I do not take it for granted, It is simply that I am a one man shop trying to do a lot with a little. 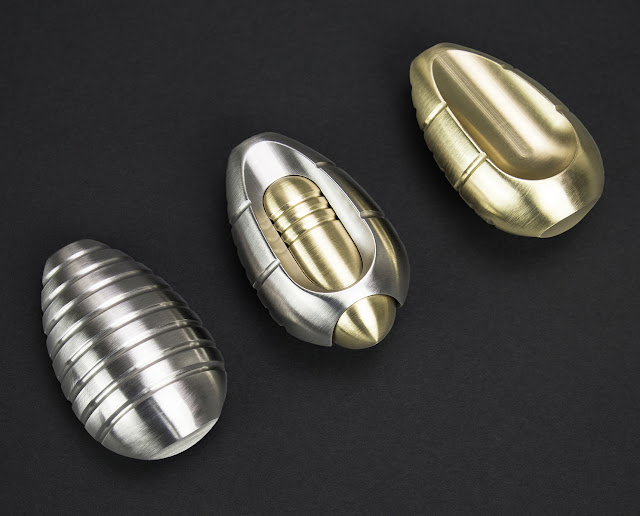 Again, I am humbled and surprised by how many have shown interest in this project.

As always, comments, thoughts and questions are always welcome.

Posted by Chris Bathgate at 9:18 AM