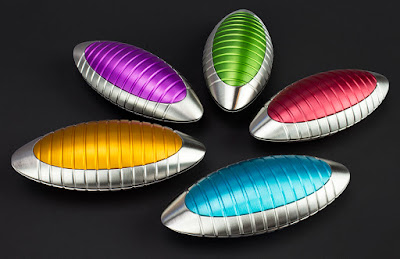 Earlier this winter, I took a rare month from my normal routine in order to prototype, experiment, and just generally play around with a wider range of ideas than usual. Some of the experiments from this month of tinkering may never see the light of day. But today I have decided to let one of those ideas out of the bag.

Although I suspect some of you might have been expecting this piece, I introduce the MG-2.
For those unfamiliar, please see my earlier post for the MG-1

This piece is a perfect example of how seemingly small changes to a design can create many unforeseen challenges. It is why I so often find myself saying if you don't get your hands dirty from time to time, it is very difficult to be a good artist or designer. That is because I have found over and over again that it is the "work" that leads to "inspiration" and not the other way round. 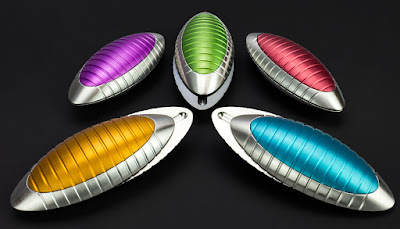 When I was doing the initial sketches on this piece, I had some vague idea of how I wanted to iterate on the original MG1 piece. I knew I wanted it to be longer and narrower so it would fit in the hand a certain way and I had a rough outline of a shape I liked.

However the first draft I made was quite plain. It was obvious that something was missing and that the idea just needed more time to mature, that I needed to just think on it a bit longer. But as long as I waited and try as I might, I could not “think” of what was missing.

I tried, through sketches, to add a lot of trivial decorative elements, adding notches and details that had no reason to be there other than to try and make things “look” a certain way. No matter how many renders I did, I just couldn’t hit on anything that clicked for me. All of the design decisions I was making felt arbitrary and unnecessary. 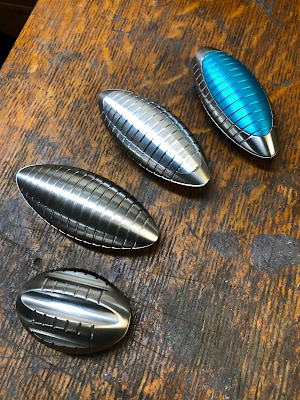 So eventually, after months of this off and on thinking and sketching, I decided to just  “make” a rough version of what I already had. Just something I could hold in the real world. Maybe it would speak to me and tell me what it needed.

I had no intention of this first work being the final form, I just wanted to see what might emerge from the process of fabricating the parts. Whether the challenges involved in the physical building of the thing might shake something loose.

I reasoned, as I always do, that there are some things you just can’t get from staring at a computer screen and rubbing your chin.  And boy was I right in this case. 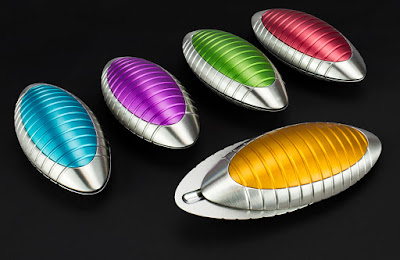 For such a simple shape, it turned out to be a particularly difficult fabrication process. There were an unusually high number of problems that arose during set up and machining.

They were things that absolutely needed to be accounted for, and they immediately highlighted the constraints I was working with and helped me focus on the design choices that were most important.

From there, the piece practically designed itself because I was able to properly weigh the opportunities and costs each of my design choices presented. 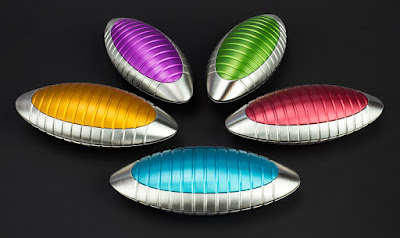 So while I was hopelessly stuck in the drawing room, addressing real issues in the real world quickly led me down a path of necessity that also proved to be a visually elegant and meaningful aesthetic solution.

If you are interested in the specifics of some of the challenges I encountered, the embedded video above addresses quite a bit of that. Better than me writing a novel about it.

So, as has become customary, a small edition of the MG-2 seems appropriate.

For those interested, I will open a short pre-order for this series on

So check back at this space in a week and I will post the link to the sign up with all the details and pricing info then.

Posted by Chris Bathgate at 8:37 AM