An Experiment in Scaling 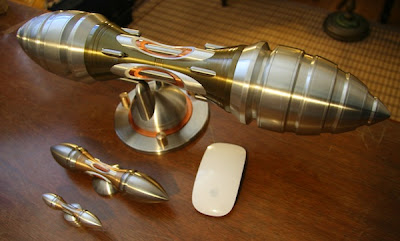 Here are the images for what I am going to consider a trip-tic. I already posted about the last edition, but I was kind of taken with the proportions of that design and I wanted to explore them further with a more ambitious work. My first instinct was to make a larger version and expand on the concept and see where it lead me, But while I was at it, I figured I could go the opposite direction as well. So in short, I made a small set of 1/2 scale works along with a Larger "one of a kind" that is 2.3 times as large as the original. Both with design changes that I found appropriate for the different scales. 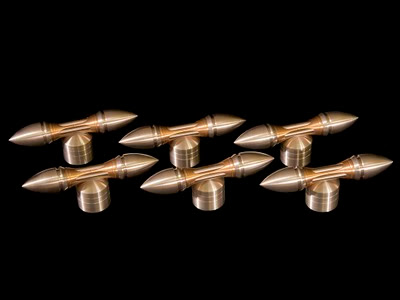 The 1/2 scale version is quite similar to the original with some simplification of the design to account for scale. But this one was a much more of a process oriented experiment. I took this redesign as an opportunity to play with some process elements that I rarely ever have the opportunity to think about. 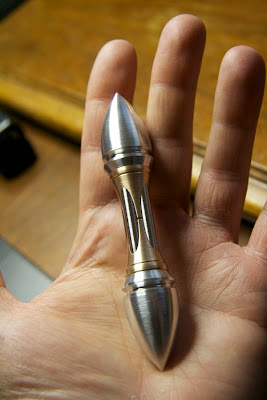 When making one of a kind works and short run objects, you rarely get to play with optimizing your processes to make them more efficient and more elegant. Designing a program and its associated set ups and operations to cut a shape can be done many ways, But when you get a second chance to simplify an object, you get to indulge in taking the time to streamline the programs and improve on the different operations based on what you learned doing it the first time. So yeah it was kind of a chance to nerd out on my craft a bit, but I got a lot out of it and now I have a bunch of these little guys to offer. I was able to shorten the production time significantly. 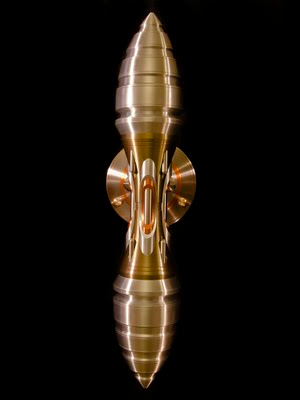 Drawings For Most Recent Sculpture 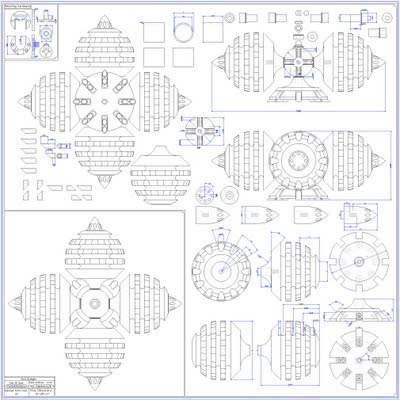