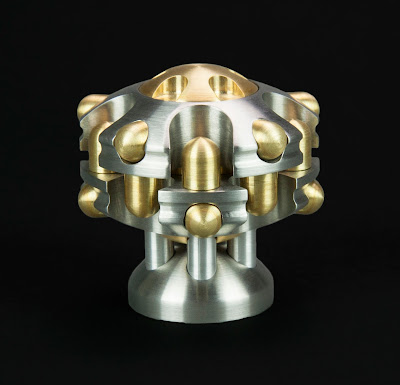 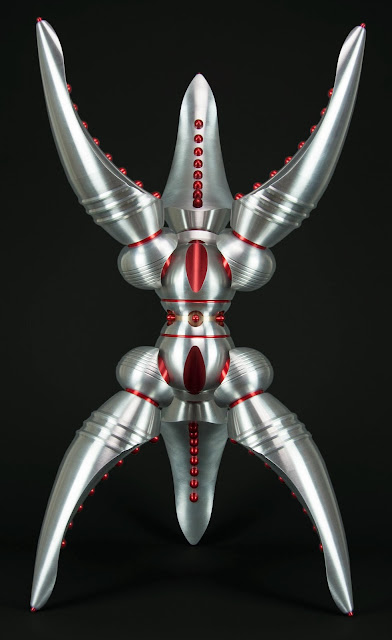 Here is the latest entry in my ever growing list of machined sculptural works. Depending on how you count things, this one is #87.

I thought I would end the year working on two major pieces. This piece split off from a design I am currently in the process of building. I began fabricating both of them at the same time as they have a lot of overlapping machining processes, but I was able to complete this one much sooner. 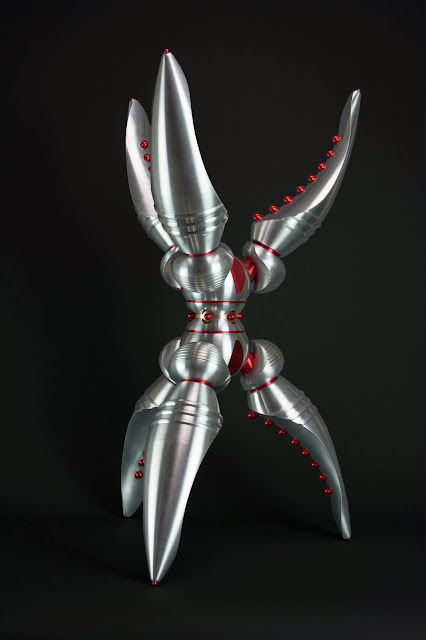 Usually when I post about a new sculpture, I tend to keep my comments very factual and technically oriented. I rarely stray into conceptual territory when talking about specific works because most of my ideas relate to the body of work as a whole, rather than being strictly pinned to any singular piece. I thought I would deviate from this for a change and touch some things I have been thinking about.

I have been showing around early images of this piece, and as is sometimes the case, I have been getting a number of comments about how alien/sci-fi it looks to a few people. This does not necessarily bother me, and I certainly understand why this is sometimes the case. But I'd like to use this as an occasion to talk about this phenomenon, because depending on where you stand, this comparison can be problematic. Not just problematic for me as an artist, but for others who might see the work very differently. 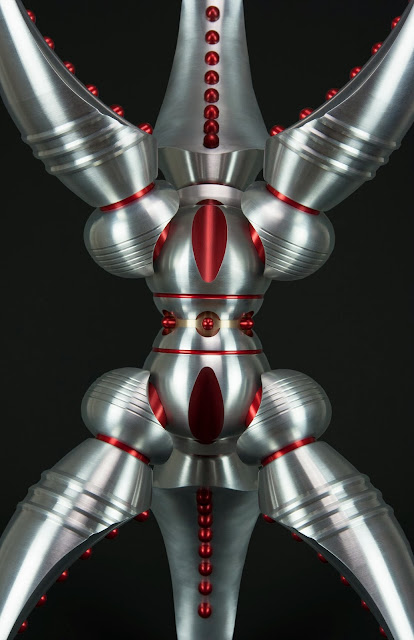 First of all, I should say that it has never been my intention to explicitly make anything that could be classified as art deco, sci-fi, steam punk, or ray gun gothic. Not that I see anything wrong with any of these genres, it is just not the direction that I come at this from. I am quite ok with the knowledge that many people relate to the work in this manner, but I go out of my way to present my work in a neutral way so as not to steer interpretation in any single direction. I am glad that it brings people pleasure to view my work, no matter the context they bring to it.

But as I am sure many artist can relate, being categorized wholesale into one niche or another is never what one wants for their work. H.R Giger being the perennial example of an artist clearly marching to his own drummer, while for better or worse, cultivating a very large, Sci-fi centric following.  He no doubt would want to be remembered for more than just his role in creating a few creature features in the late seventies/early eighties.

Part of the dilemma for me comes from wanting to make sure my art is judged on its own merits and isn't mischaracterized, but it is also the case that there persists a bias (in certain circles anyway) that from a fine art perspective, having your work labeled as steam punk or any of its counterparts, can be seen as a largely negative thing.

The argument (correct or not) is based on the assumption that sci-fi themed work is derivative and implies some sort of creative laziness on the part of the artist. That it is either a contrivance with niche appeal or some otherwise less than noble exercise of the mind. Unfair as it may be, it is simply looked down upon by some as being a bit low brow and not to be taken seriously as fine art.

I have a hard time with this, as there are no doubt plenty of examples that test this idea. Given the cultural overlap and genre mixing prevalent these days, I also suspect it would be near impossible to draw a distinct line between what does and does not fit this category in the first place. Assuming one of the criteria is that of the artists intent, whether or not I should concern myself with someone else's value system is arguable. However real the bias may be, I felt I should own the comparisons where they are justified, address were I think my work is unique and test the waters on what the impulse to default to sci-fi comparisons when discussing my work may really be about. 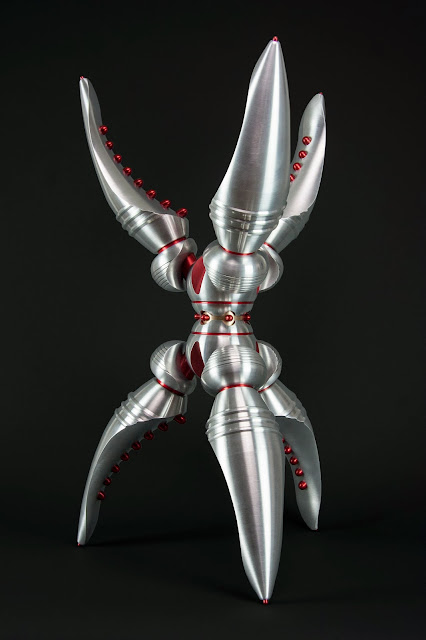 Read more »
Posted by Chris Bathgate at 8:26 AM