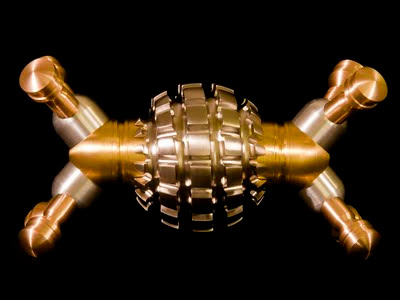 These two are the second and third
installments before I move on to a bigger project. This first one is more a
technical achievement than anything. 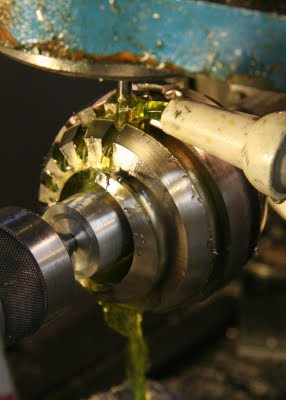 The machining of the center piece on this one involved writing a program
that wrapped a helix around the sphere. rather than run the cut straight
through It took quite a while to figure out the tool path geometry because
it involved changing the helix as the cutter progressed deeper into the work
piece. Not an easy thing for me to solve. Also making the actual cuts in
Stainless steel called for some extra care as well. 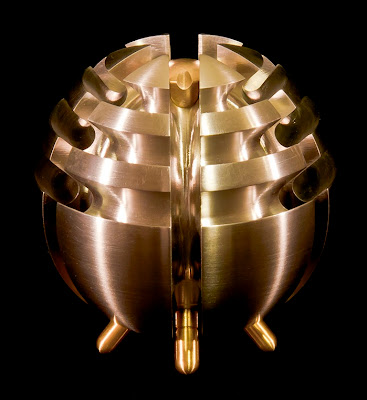 This one was a little more straight forward and was practice for the one at the top.
I used it as a test piece to work out Trying to machine stainless using a
tool path that brought a ball mill in an arc vertically over the work
surface rather than around, which creates an ever changing cutting force on
the bit as it shifts from a vertical to horizontal cutting action. I am sure
that is an inadequate description, but I would have to show you. 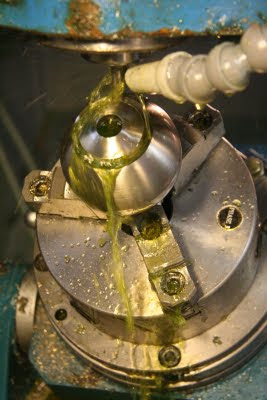 a process shot of this one for the record. 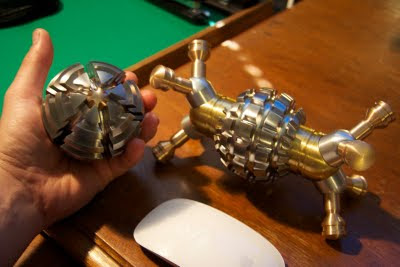 and just one more two show them in the real word rather than the black void.
As always, I like to hear thoughts and comments.
Posted by Chris Bathgate at 4:31 PM