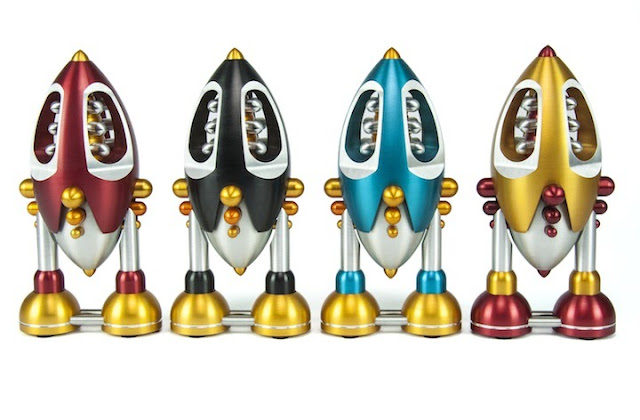 This edition of works brings with it the introduction of a new color to my pallet, a marvelous shade of red. Those of you who understand how anodizing works will know that each color requires its own heated dye tank. So while a new color may seem unworthy of much ceremony, It is no small undertaking when considered as an expansion of process, not to mention I am running out of space in the anodizing room for all of these dye tanks. 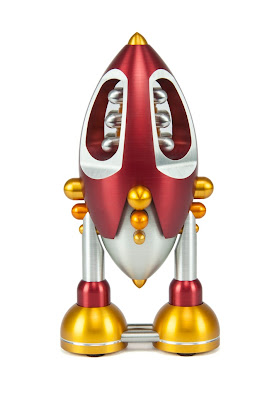 However, I'd just as soon make a big deal out of it anyway, as I happen to think it looks nice. I also happen to be into small incremental change in my work as apposed to wild swings of creative fancy. I am quite comfortable with the fact that I am a slow and steady kind of artist, so to me,  I am more than happy to make red a note worthy occasion. 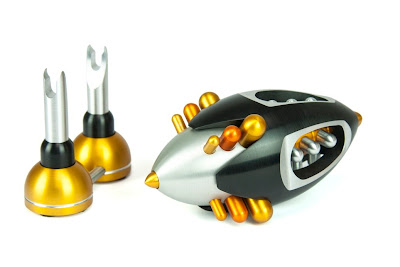 As I pointed out in some previous posts, I am still very much into creating these removable pieces. As you can see in the above pic, all of these works are removable from their stands. The rounded posts lock into the stands rather nicely I think. 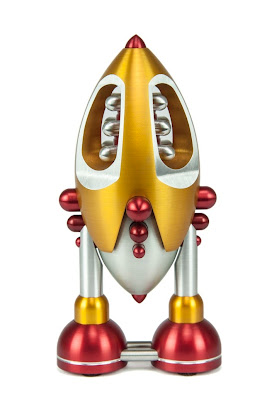 I had not planned on making this edition at all. Originally I had begun work on a much more complex piece. But given the introduction of the new color, of which I plan to use extensively in my next project, I thought a smaller color test application was in order, so I whipped these up, as I had a good concept I could work with and I had some other things I wanted to try out as well. 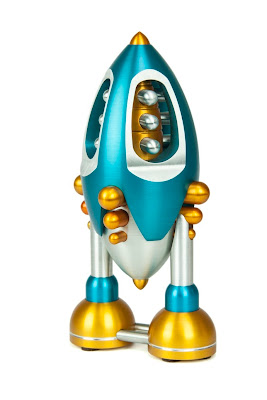 One thing I was always shy about when applying color in previous works, was using too many colors at once. I wanted to avoid the neon rainbow effect that a lot of anodized objects seem to take on. But this design seemed a little more whimsical to me, given the feet and the pod like nature of the shape. It all felt a little more playful than usual, so It felt appropriate to use all of the colors at once across the edition. 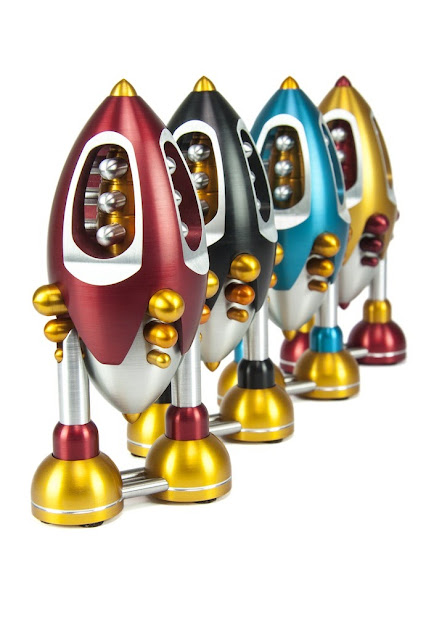 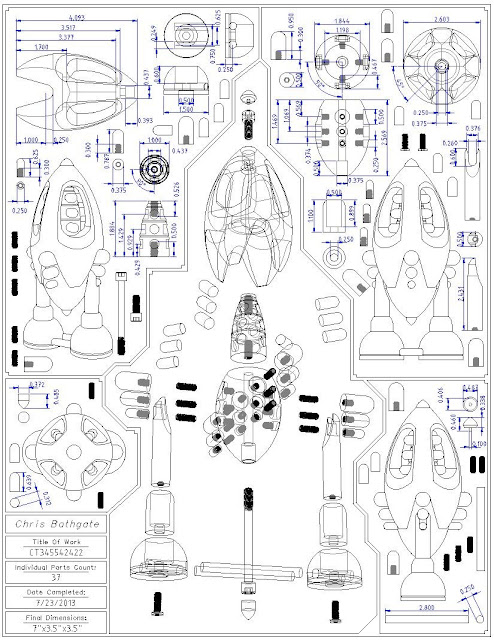 I also produced a drawing for this work, I love making these technical drawings as I find them just as pleasing to look at as any art I have ever seen. I feel like I am still trying to perfect things when it comes to making drawings but they are coming along as an art form ( in my mind anyway). This time I made an exploded assembly detail as the center piece of the drawing. I would love to hear some comments even though compressing these images to appear on the web does not do them much justice, especially the screw threads. 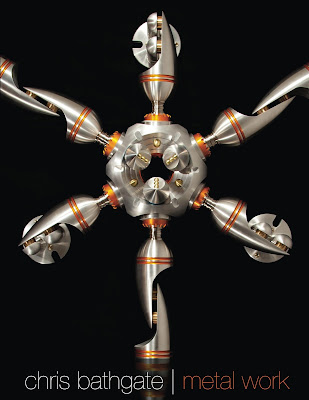 In other news. I have update my book to include all of last years works. I gave it a new cover and added some other content as well. One great thing about print on demand self publishing is that you can update when ever you want. Making it so that your book can become a living document rather than a static object. I sort of plan to update things about once a year as a way of maintaining an in print catalogue of all of my works. If anyone has the old version and would like to buy the new one to upgrade, just get in touch and I'll send you a signed version to go with the older copy you already have as a thank you. I will also throw in a small copy of the above drawing to go with it. 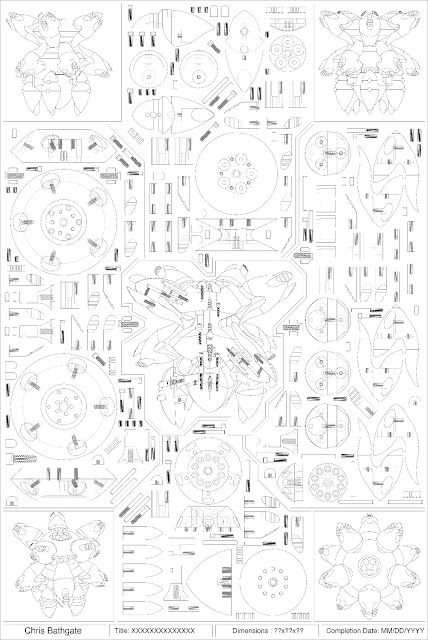 Here is what is in the pipe, I expect it to take no less than 8 or 9 weeks so I will be in touch in the fall.