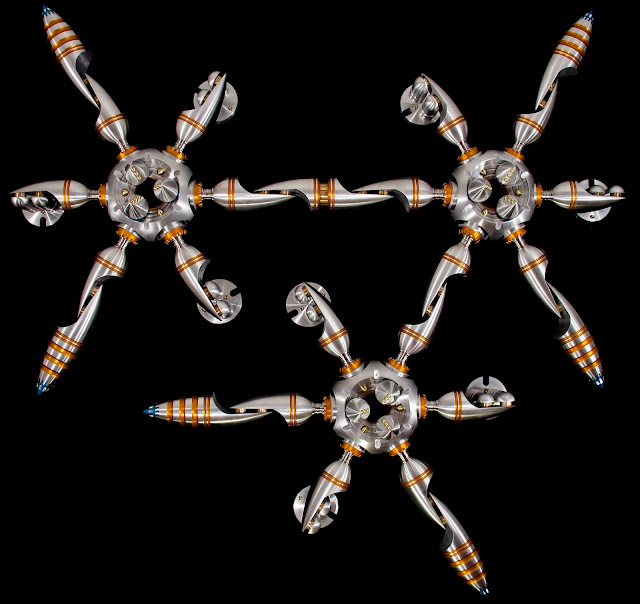 Another large work completed just in time to be unveiled at a major show I am participating in at the Baltimore Museum of Art next month, the details of which are below. The overall dimensions of this piece are 64.5"x67"x10.5"

The reception is on Friday, September 7, 2012, from 6:30 to 10:00pm. Smooth Kentucky and Nathan Bell will perform in the auditorium at 7:00. The auditorium only holds 363 people, so if you want to see them, you should get there on time. After they perform, the galleries will be open. 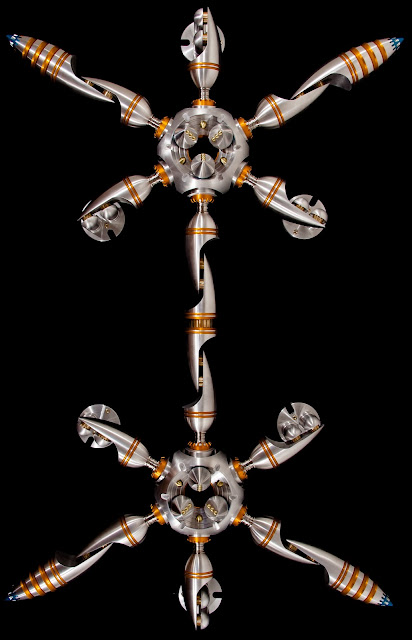 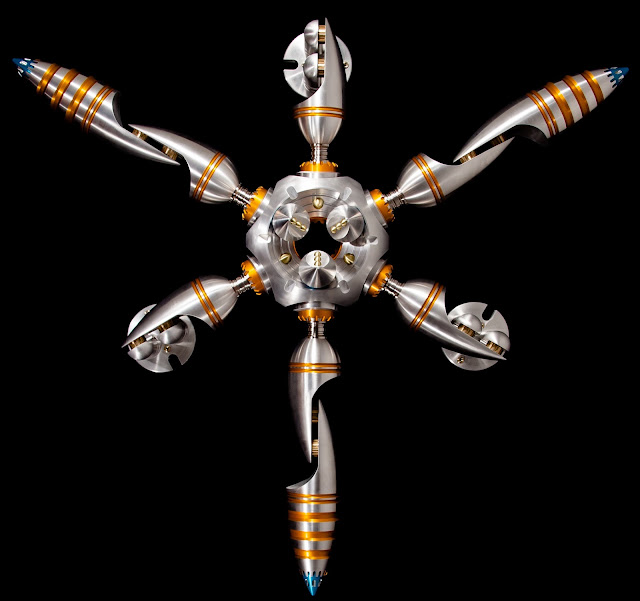 As you can see I designed this work to be displayed in multiple configurations. I liked the idea, and since I was going to be using interlocking multiples, I thought maintaining some sort of flexibility in how I arrange the composition was sort of a nod to the utility of the pieces design. Naturally the top image would be what I consider the definitive arrangement. But I also had a lot of fun assembling and shooting the piece in its multiple Phases. All of which I find to be fascinating in different ways. 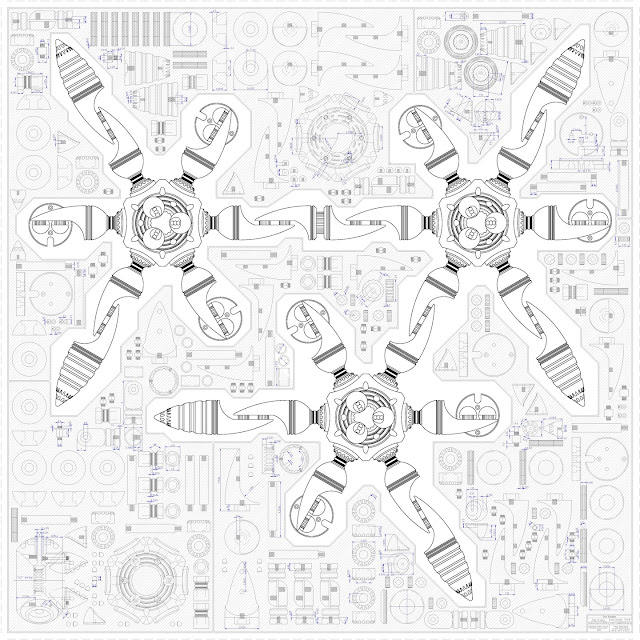 The completed drawing above was also quite an undertaking, I had to break format a little (never a bad thing for an artist to do) in order to get everything to fit in a reasonable space, I had to populate around the assembly drawing rather than giving it its own space, I think it turned out rather well. I am not sure how many prints I will make of this, but I will at least do a few, even one for myself this time. 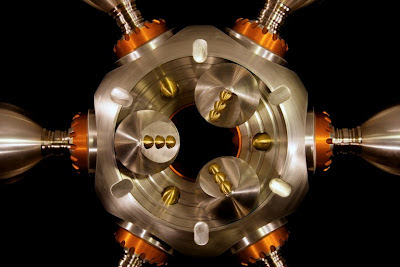 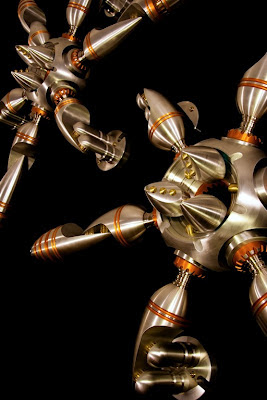 This is sort of my first stab at doing multiples within a single composition and since my natural inclination is biased toward symmetry. I thought it would be a good twist to sort of set up this highly symmetrical system of parts, with repeating shapes and components, then arrange them in this predictable and logical sort of way that, in the end, yielded an asymmetric composition. 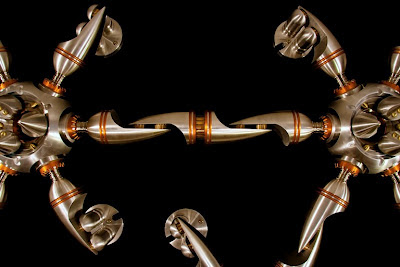 It gives the piece an interesting dissonance and creates a great negative space that keeps the eye looking and moving, like there is something there to be solved. 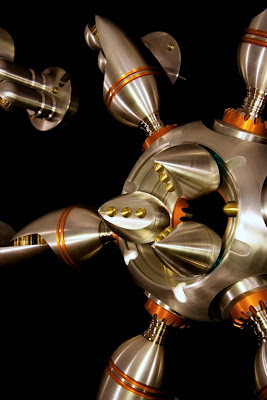 On a more technical note, I am experimenting with a new fastening system on this piece. Since I needed to be able to take the work apart in order to transport and install it. The center protrusions are attached using a pin and magnet system, which is just as it sounds, it is held together using strong magnets and alignment pins. It gives me some ideas for new works that might be completely disassembled and rearranged using only magnetic fasteners. (I'll keep thinking on that one but perhaps it will yield some novel new design) 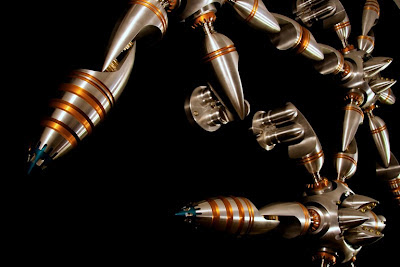 each of the 3 finished assembly weighs approximately 90lbs. for a total combined weight of 270. I had to build an apparatus to help me hold these works precisely at the correct height in order to get these on the wall. As holding them in place freehand while messing with all of the fasteners would not have been practical nor safe. 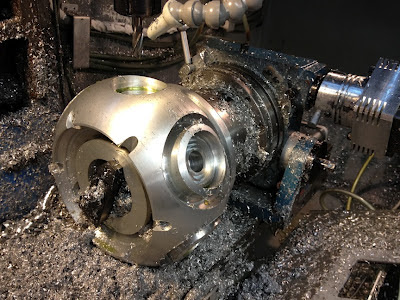 One of the more nail biting parts of the construction process was making the 3 center bodies of the piece. They were each turned and milled out of solid pieces of 10" Diameter by 6" thick solid aluminum. They each weighed about 50lbs at the start and required dozens of operations over the course of many weeks. The money and time lost if I would have made a mistake on one of them was something that I was constantly aware of and I was quite relieved when they were finally complete polished and resting comfortably on the finished parts shelf. 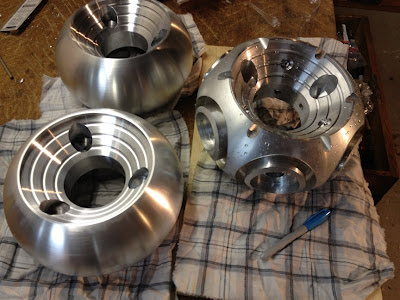 Before and after a series of milling operations shows just how much work had to be performed on each part. Naturally there were many operations leading up to this point as well. (there is at least one video on my Facebook page of this) 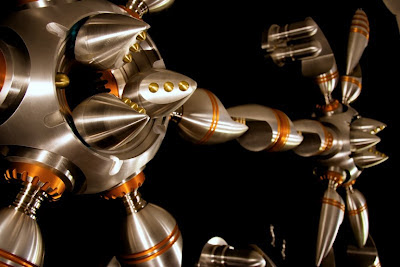 The images can only show so much, so I hope many of you will come to see the work in person next month. 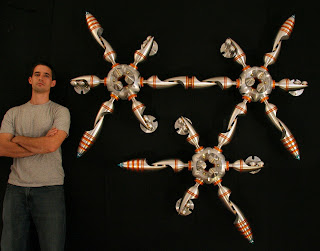 One more image for scale, (I am shy so I dont like to post many pictures of myself, but this serves a purpose) I HOPE TO SEE YOU AT THE SHOW!

Posted by Chris Bathgate at 9:38 AM